Moving from Austin to Dallas

As part of the fourth biggest metro area in America (known as the Dallas-Fort Worth metroplex), Dallas is a big draw. It has a thriving economy, tons of cultural interests, entertainment galore, and a vibrant downtown area. Whether you’re relocating for work, fun, or that quintessential cosmopolitan flavor with a Lone Star twist, the City of Dallas delivers on all fronts! Texas is known for doing things big, and Dallas carries on that reputation with distinction. If you have your sights set on moving from Austin to Dallas, be sure to consider the following key points. You’ll also need to take look at our ranked lists of Austin and Dallas movers that can help make your inter-city relocation smooth and stress-free.

What to Know About Moving from Austin to Dallas

Moving to Dallas from Austin might be the change of scenery of which you’ve been dreaming. Before you book moving services, check out this helpful guide that compares the two Texas metropolises.

A great thing, among others, about moving within the state of Texas? No income tax! As you already know, the Lonestar State does not collect on income, which means more money in your wallet. Both Dallas and Austin are among the largest US cities. This status means a slightly higher sales tax (but still not as high as Seattle’s 10.1% or Los Angeles’ 9.5%), with both cities having a total sales tax rate of 8.25% (6.25% state + 2% local).

Dallas, as part of the Dallas-Fort Worth metroplex, has the sixth-largest city economy by GDP in America (at $513 billion). That’s more than the economy of Hong Kong! Home to one of the highest concentrations of publicly-traded companies – Dean Foods, AT&T, Texas Instruments, to name a few – the city excels in several industries. These include energy, petroleum, healthcare, engineering, and many other sectors. Simply put, Dallas is a powerhouse offering a plethora of career opportunities.

As for unemployment, Dallas residents have enjoyed a relatively low rate of 3.6% (lower than the US average of 3.9% at the beginning of 2020). Austin, however, had a fantastic unemployment rate of only 2.7% during the same timeframe. Both cities are projected to have outstanding future job growth – Dallas looks to see a boost of 45.1%, while Austin should see an increase of 47% over ten years.

So you might be pretty curious how much it costs to live in Dallas versus Austin. Yes, the City of Dallas is a larger, more metropolitan area. But what might surprise you is its affordability. When looking at the cost of living in Dallas, the city nearly matches the national average of 100 with an index of 101.6. Austin, on the other hand, has a cost of living index of 119.3.

And it gets even better with housing prices in Dallas, TX! Currently, the median list price is $226,145 (with a median rent price of $1,700 per month). As for Austin, the median list price is quite a bit higher at $401,999 (as well as a median rent price of $1,750). If you’ve dreamed of purchasing your own home, the City of Dallas can help make your dream come true!

Dallas Independent School District (Dallas ISD) serves about 154,000 students (via 230 schools and 22,000 education professionals). It has a favorable student-teacher ratio of 16:1. About 37% of students are proficient in reading, while 44%  excel in math. Two DISD schools often make the list of the top schools in the country – The Science and Engineering Magnet school and The School for the Talented & Gifted.

Of course, there are many safe neighborhoods in Dallas. Let’s take a look at the Top 3. Far North is known for its beautiful homes, golf courses, and shopping. Lakewood, next to the downtown area, offers tons of outdoor recreational opportunities via White Rock Lake. One of the city’s most affluent neighborhoods, Uptown is home to an abundance of stellar nightlife and high-end shops.

As two of the best foodie cities not only in Texas but all of America, Dallas and Austin have their own claims to fame. The City of Austin is an acclaimed food destination, but what really sticks out is its food trucks. But when it comes to barbecue, Dallas might be the winner! Looking for mouthwatering North Texas BBQ? Mosey on over to Lockhart Smokehouse. Pecan Lodge is known for both its around-the-clock BBQ pit burns and the ‘Hot Mess,’ a jumbo potato with all the glorious fixings!

But it’s not just about world-class barbecue here. Babe’s Chicken Dinner House has fantastic fried chicken. Looking for one of the best chili bowls? Tolbert’s offers the famous “bowl or red.” As one of a handful of remaining drive-in restaurants, Keller’s Drive-In offers that classic American experience. And for excellent Tex-Mex, definitely visit Mia’s Tex-Mex, particularly for the brisket tacos.

Superb! based on 1250+ data points.
Heavenly Moving and Storage has been one of Austin’s premier moving companies since 2005. This locally-owned moving company provides high-quality packing and relocation services to... Continue Reading
View profile 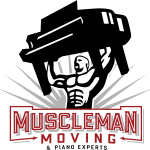 Superb! based on 650+ data points.
Family owned and operated for over 15 years, Muscle Man Moving and Piano Experts is one of Austin’s premier moving companies. This company’s specialty in... Continue Reading
View profile

Superb! based on 850+ data points.
Since 2007, Square Cow Movers has been a locally owned and operated moving company providing honest and courteous moving services to Austin and the Central... Continue Reading
View profile

These are some of the best areas to call home in the Big D.

Home to 5,700 residents, Timberbrook is situated about 40 minutes or so from the downtown area. Offering a suburban feel and plenty of family-friendly amenities, this neighborhood is ideal for raising some kids. Those looking for a quiet life not too far away from the action of Downtown Dallas will love Timberbrook! Discover more about the neighborhood here.

Situated somewhere between Dallas and Plano (though technically in the City of Dallas), Preston Highlands is a younger, white-collar community. With a median income of $115,000, this prosperous neighborhood offers proximity to work, shopping, and entertainment in both Plano and Downtown Dallas. Get to know Preston Highlands more here.

Another affluent neighborhood, Highland Parks, is only three miles from Downtown Dallas. The housing costs are not for the faint of heart (or low in funds), however. The community has many homes that hover in the $1 million range. Yet, if you have the wherewithal, Highland Park has some of the finest schools and lowest crime rates in the metro area. Learn more here.

Arguably one of the Top 3 neighborhoods on our list, Canyon Creek South, is an ideal suburban getaway for retirees and those who are politically conservative. Though it has a more peaceful feel, it’s closer to the downtown area than Preston Highlands and Timberbrook. Canyon Creek South also ranks as one of the safest places to live in the entire metro area. Find out more info here.

A perennial favorite, Bluffview is home to several famous faces, including Don Henley of the Eagles and US Senator Kay Bailey Hutchinson. Close to University Park, the neighborhood of approximately 4,000 offers real estate from nice single-family houses to palatial estates. Do keep in mind that housing is typically more expensive here than other communities. Delve into more detail here.

Looking for an urban vibe? Clear Spring Place certainly checks that box and much more! Offering stellar schools and low crime rates (some of the lowest in the city, in fact), this neighborhood is great for ambitious young professionals. You can find a nice mix of housing, from condos to 3- to 6-bedroom houses. Take a look at what else Clear Spring Place has to offer here.

Home to more than 30,000 residents, Oak Lawn is one of the most populous communities in Dallas. It serves as the cultural epicenter of the local LGBTQ+ community, serving as the location for the annual Pride Parade. With a more urban vibe, the nightlife is outstanding here! The average rent is about $1350 per month, and most residents rent versus own. Discover more here.

As a sister neighborhood to Canyon Creek South, Canyon Creek North offers lower housing prices and a higher demographic of renters. Ideal for families, the community, has a suburban vibe and provides access to some great schools. Take a look at this neighborhood in greater detail here.

About 7.5 miles north of Downtown Dallas, Preston Hollow is a highly affluent neighborhood. Well-established and well-heeled, it offers a pleasant reprieve from city life with its suburban feel. 70% of residents are homeowners, and the median home value is $800,000. Learn more here.

Cost of Moving from Austin to Dallas

On average, it costs about $1500-$2500 to move from Austin to Dallas. Though this might sound expensive, consider that you are hauling your stuff about 195 miles across the state. The total cost of your move will depend on several variables, including your origin and destination zip codes, the time of year you’re moving, the size of your household, and which services you require. The best way to get an accurate estimate is by scheduling an in-home or virtual (no contact) walkthrough with a licensed and insured interstate mover. Get free moving quotes from the best Austin to Dallas movers now!

Ever been bitten by the wanderlust bug? It's a powerful force, one which has captivated Devin for his entire life.... Read More