Moving from Atlanta to Seattle

Are you moving to Seattle for employment opportunities that provide 22% higher pay, or for the exquisite geography that offers over 170 islands dotted throughout the Puget Sound, dense evergreen forests for superb hiking and snow sports, and spectacular lakes right in the middle of the city? Maybe you’re ready to say goodbye to stifling humid summers and join others who are moving to Seattle from Atlanta for the delightful Pacific Northwest climate.

You may have an array of reasons for moving to Seattle but read on to understand the basic pros and cons before you wave Atlanta goodbye. And get a stress-free moving experience with trusted Atlanta and Seattle movers.

What to Know About Moving from Atlanta to Seattle

Buying a house in Seattle will be an expensive venture. The median home cost in Atlanta is $259,000, whereas, in Seattle, it’s $714,400 – even for an iconic houseboat. A two-bedroom rental in Atlanta averages $1,243. In Seattle, the same size apartment or home averages $2,108. But Atlanta has over three times as many vacancies, indicating that the rental shortage in Seattle not only drives up the prices, but rentals are harder to find.

The family median income in Atlanta, at $68,243, is just slightly lower than the US median of $70,850 but significantly lower than Seattle’s $115,414. In addition to the opportunity for a higher income, you’ll enjoy some great tax benefits too.

You’re already familiar with Atlanta’s higher than average sales tax, where 8.9% gets tacked onto your purchases. Seattle sales tax is generally 10.1%; however, there are some city zip codes where sales tax varies from 6.5% to 10.2%

Seattle also enjoys a healthy economy, and though it’s also diversified, tech dominates. In the Emerald City, about twice as many people work in tech as in Atlanta, and more residents are employed in aerospace and various aspects of healthcare.

Job growth in the past year was 2.9% in Atlanta, and 2.6% in Seattle, and the long-range forecast for job growth in both cities looks terrific. Over the next ten years, predictions indicate that the US, in general, will see a 34% increase in job growth, Atlanta will see 47%, and Seattle will have 44% job growth.

With the Emerald City’s excellent public transportation system, about twice as many Seattle residents commute via public transit. King County Metro operates a network of buses, while Seattle Streetcar and a light rail connect downtown Seattle to outlying areas. Over twice as many walk to and from work as in Atlanta; Seattle boasts a walk score of 73, with Downtown, Belltown, and the International District topping the list of most walkable neighborhoods. Seattle also has a reputation as a bike-friendly city.

Traffic is just a fact of life in every happening big city. According to businessinsider.com, Atlanta has the country’s 10th worst traffic; Seattle has the 14th worst. About 79% of Atlanta residents commute by car compared to about 49% of Seattleites, but the commute time is almost equal – 26 minutes in Atlanta and 27 minutes in Seattle.

You probably won’t miss Atlanta’s muggy, long, hot subtropical summers. July highs average a sticky 89 °F and only cool down to about 71 °F. Seattle, with its oceanic climate, has beautiful summers, with average August highs of 79 °F and lows of 58 °F. Even though it’s surrounded by salt and freshwater, Seattle isn’t humid.

Atlanta winters are similar to those in Seattle. Atlanta’s January high averages 52 °F, and lows run 33 °F. The January high in Seattle is 47 °F, and the low is 39 °F. Both cities can see light snow dustings during winter storms, but Seattle is likely to have a bit more with an average five inches annually. Remember, this is an average – some winters, Seattle doesn’t get any snow.

Although Atlanta gets about 14 inches more annual rain, the 52 inches of rainfall comes in hard downpours and strong thunderstorms. A lot of Seattle’s 38 inches falls in soft drizzles that adds up to more precipitation days.

To give you an idea of crime rates between the two cities, you’ll get a clearer picture when comparing to the national average. With crime rated on a scale from 1 to 100, the US property crime rate is 35, and violent crime is 23.

The internet is full of crime rate information that can help you understand the safety of potential neighborhoods, but the areas of Sunset Hill, Lower Queen Ann, and Ballard are a good starting place for your search.

As the South’s LGBTQ population epicenter, Atlanta is a liberal city with a strong evangelical presence. Seattle is famous for its progressiveness, and, according to forbes.com, is the nation’s third most liberal city. In both cities, the majority of voters are registered Democrat – in Atlanta, 68% are registered Democrat and in Seattle, 70%. However, Seattle has almost twice as many Independent registered voters as Atlanta.

Land-locked Atlanta is devoid of the features that make Seattle so unique. Sitting on Puget Sound, about 90 miles inland from the Pacific, Seattle is surrounded by mountains, water, and extensive evergreen forests. Right in the city, Lake Union and Lake Washington provide safe harbors for boats and water sports, plus act as natural runways for private and commercial seaplanes.

If you love sailing or kayaking on calm salt waters through almost 200 islands, hiking and exploring dense, lush fern-filled forests, or skiing in nearby mountains, then you’ll love Seattle. But if urban adventures are more your style, Seattle offers everything from cutting-edge music and entertainment to pro-sports. Here’s more info on things to do here.

Living amid the Pacific Northwest fisheries will give you access to some of the finest, freshest seafood in the country (like what you’ll find at the famous Pike Place Fish Market). The quality oysters and wild-caught salmon are renowned, but you’ll also find other superb delights in city-wide farmers’ markets, local groceries, food trucks, cafes, and restaurants. 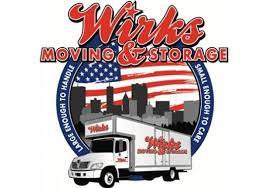 Superb! based on 1350+ data points.
There’s a reason Wirks Moving and Storage is a preferred mover for many real estate agencies. With over 12 years of experience in the moving... Continue Reading
View profile

Fabulous! based on 550+ data points.
Founded in 2014, Zip Moving and Storage serves Atlanta, Georgia, with reliable and affordable moving services for both residential and commercial clients. As a full-service... Continue Reading
View profile

Fabulous! based on 700+ data points.
College Hunks Hauling Junk and Moving is a nationally-recognized moving and junk removal company with over 170 locations across the US and Canada. It is... Continue Reading
View profile

Here are some of the top places to call home in the Emerald City.

About 22,800 people reside in Belltown, a popular neighborhood six minutes north of Downtown. With excellent public transit and the central location, it’s easy to live in Belltown car-free. About 81% of residents rent, and housing consists mainly of condos, townhomes, and apartments in this exciting urban neighborhood. Plentiful amenities – all within walking distance – make Belltown a convenient and hip place to live. Find out more details about Belltown here.

About 10 minutes northeast of Downtown, delightfully urban Capitol Hill has about 37,500 residents. The proximity to I-5 makes Capitol Hill a great centralized home for commuters. Family- and LGBTQ-friendly Capitol Hill is a diverse neighborhood with single-family homes, apartments, townhomes, and condos mixed in among restaurants, coffeehouses, hip bars, and parks. Here is more info about Capitol Hill.

An eclectically charming neighborhood with a quirky vibe, many Fremont residents are creative and innovative. Fremont has about 19,500 residents that include hipsters, families, seniors, and professionals who live in everything from high-rise condos to vintage single-family homes. Trails and parks make great getaways for nature lovers; amenities are within a leisurely bike ride or walk. Ready to find out more about Fremont?

Most of the 7,800 Pioneer Square residents live in townhomes and condos, many of which have decks or balconies with gorgeous views of Puget Sound. Located directly south of Downtown, access to I-5, the King Street train station, and the Ferry Terminal make living here super convenient for those who want to live an urban lifestyle by the water. Find out more information about Pioneer Square here.

A 16-minute drive north of Downtown, North Queen Anne’s eastern boundary is Lake Union, where iconic houseboats tie-up in lively marinas and seaplanes take off toward the Puget Sound islands. Many of the charming single-family homes, condos, townhomes, and apartments have beautiful views from this hilltop neighborhood. Find out more details here.

Cost of Moving from Atlanta to Seattle

On average, it costs about $4000-$7000 to move from Atlanta to Seattle. Though this might sound expensive, consider that you are hauling your stuff about 2,636 miles across the country. The total cost of your move will depend on several variables, including your origin and destination zip codes, the time of year you’re moving, the size of your household, and which services you require. The best way to get an accurate estimate is by scheduling an in-home or virtual (no contact) walkthrough with a licensed and insured interstate mover. Get free moving quotes from the best Atlanta to Seattle movers now!