Moving from Seattle to Portland

Do you love everything about your Seattle lifestyle except the high cost of living? You can’t go wrong moving to Portland, where the cost of living is 24% lower. Like Seattle, the progressive, environmentally conscious City of Roses has an attractive job market with an emphasis on tech. Plus, Portland is gorgeous – urban wilderness, rivers, and parks give you a chance to enjoy more in-city nature than in Seattle. And if you’re into quirky, Portland serves up a healthy dose of weird. What isn’t weird are the professional Seattle and Portland movers that’ll make your relocation more comfortable on your budget.

But before you start writing up your moving checklist, learn more about the similarities between the two cities, plus some details that make Portland unique.

What to Know About Moving from Seattle to Portland

Housing in Seattle is 42% more expensive than in Portland. The Seattle median home cost is $714,400 and Portland, at $419,600, is $294,800 less. Home appreciation has been high in both cities. About half of Portlandians own their homes, and in the last five years, they’ve seen a 52% home appreciation increase, very close to Seattle’s 55% rise in home prices.

If renting is a better option, plan on lower rent prices too. A two-bedroom apartment or home in Portland averages $1,432 compared to an average $2,108 in Seattle. You’ll also save about 5% on food and groceries and 8% on transportation costs. But health costs are about 1% higher, and utilities are about 11% higher in Portland.

Even though Oregon doesn’t levy sales tax and Washington doesn’t levy a state income tax, neither state offers significant tax breaks. The majority of Portland is in Multnomah County, where the average property tax rate is 1.074% on the assessed value. Property taxes in Seattle are 0.80%, and in both cities, they may go up after the November 2020 election.

If you’d like relief from Seattle’s 10.1% sales tax, you’ll love Oregon for its zero sales tax. But gear up for state income tax – something you haven’t had to deal with in Seattle.

The Rose City generates revenue from a progressive state income tax that ranges from 5% to 9.9%. If your taxable income is between $8,900 to $125,000, and you’re a single filer, you’ll pay 9%. Be sure to become familiar with Oregon’s personal income tax credits.

Oregon also levies a fuel tax of almost 37 cents per gallon for gasoline and 36 cents for diesel. Note: Let attendants fill your tank – it’s illegal to pump your own gas in Oregon.

Both cities have strong economies that are supported by diverse industries. The majority of Portland jobs are in sales, office, and administrative support; management, finance, and business; production and transportation; and engineering and tech – explaining the moniker, “Silicon Forest.”

Job growth across industries looks rosy. Future job growth in the US is expected to be 33.5% in the next ten years. Portland’s ten-year job growth forecast is 42%, and Seattle’s is 44%.

Although almost twice as many Seattleites use public transit, Portland has twice as many commuters who cycle to and from work. Portlandians love their two wheels, and the city is considered one of the best in the country for cyclists. Bike lanes and bike paths weave throughout; some say there’s more parking dedicated to bikes than cars – a reflection of Portland’s green stance.

But when your commute is too complicated for two wheels, you can count on Portland’s highly-rated TriMet streetcars, busses, light rail, and commuter rail. Although Seattle also has excellent public transport, Portland’s system is more extensive.

Commute times in both cities are almost equal. The one-way Seattle commute is 27 minutes, and the Portland one-way is 26, spot on with the US average.

Traffic is a challenge in both cities, especially during rush hour, and although Portland’s traffic isn’t as bad, 58% of Portland residents commute by car compared to 49% of Seattleites.

Both cities share similar Pacific Northwest climates, although Portland summers run a little warmer than Seattle’s. Average July highs are 81 °F in Portland and 76 °F in Seattle. Winter average temps are the same – average January highs of 47 °F and lows of 36 °F.

When it comes to crime rates, Portland scores lower than the US average for violent crime and higher than average for property crimes.

Portland, with 664,100 residents, is an inclusive city that loves diverse everything – as long as it’s ecologically friendly, fair, and just. And if it’s weird, all the better.

In the Portland lexicon, the Greek root cycl permeates the culture, as in recycle, biocycle, upcycle, and bicycle – words that represent the green Portland lifestyle. And in addition to green, long before the 2020 summer protests that made international news, Portlandians have taken their causes very seriously.

Portlandians love their dogs and don’t limit their furry family member’s social life to the backyard or dog parks – they bring their dogs everywhere – to work, to coffee, to friends’ – you get the idea. And don’t be surprised if the neighbors surrounding your new house have fancy hens in custom-built chicken coops (no roosters allowed!) in their backyards.

Nearby heavily forested volcanic mountains and peaks influence both Portland and Seattle. Snow-covered throughout the year, Mt Rainier, at 14,411 feet, majestically looms 60 miles south of Seattle. Mt Hood at 11,250 feet, is 80 miles southeast of Portland. Seattle was built up along the eastern shores of Puget Sound. Portland was built on the south side of the grand Columbia River at the confluence of the Willamette River. The long, wild Pacific Coast beaches are about an hour and a half west of Portland.

While Seattleites love the outdoors, they also love their urban delights. In Portland, urban pastimes like museums, shopping, brunch, and hanging in local coffeehouses are also popular, but the focus seems to be more outdoorsy. For a full list of things to do in Portland, see here.

The Pacific Northwest is all about organic and farm to fork. While Seattle’s iconic food mecca is Pike Place Market, Portland is famous for its outstanding ethnic food truck cuisine.

And what do Portlandians drink with their uber-cool chow? With at least 60 microbreweries, Portland is one of the top-rated craft brew cities in the nation. Wine country is just a 45-minute drive east with over 460 wineries in Willamette Valley. And Portland is considered one of the nation’s best coffee cities. 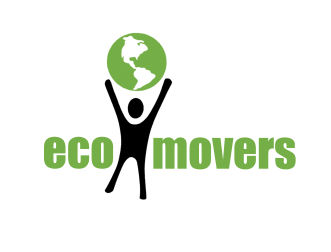 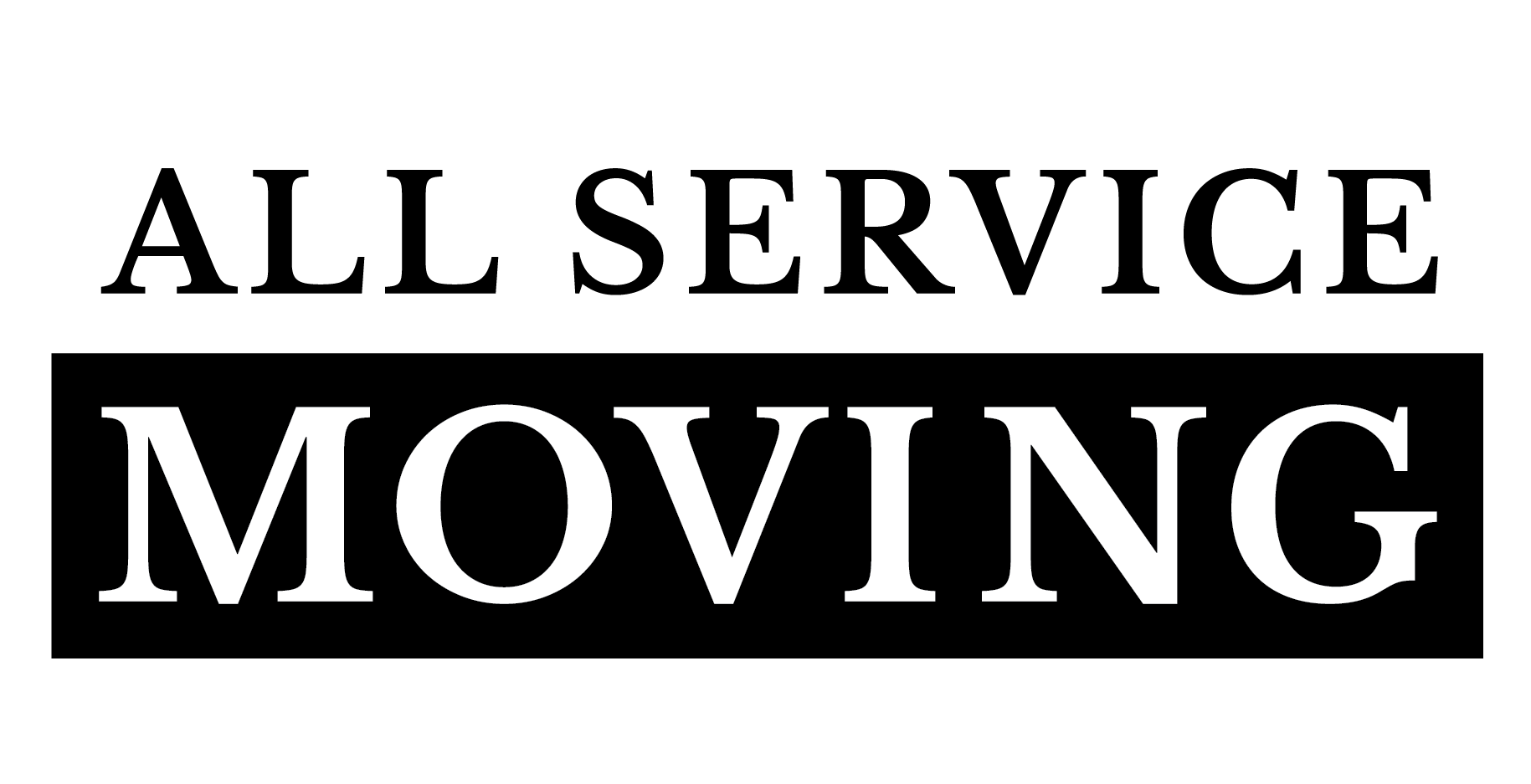 Superb! based on 1250+ data points.
All Service Moving is a full-service moving company that performs a wide array of relocation services in Seattle, WA, and surrounding areas. Its services include... Continue Reading
View profile

Here are some of the top communities to call home in the City of Roses.

Located in southeastern Portland, 15 minutes from Downtown, Eastmoreland is a desirable neighborhood with several beautiful parks. Proximity to Highway 99E makes it easy to access other parts of the city. Eastmoreland is family-friendly and receives high safety ratings. You’ll find gorgeous single-family homes among lots of trees. Click here if you’d like to find out more about Eastmoreland.

Cool and happening, the Pearl District has charming housing that’s a bit under the Portland median housing cost, plus lots of long-term businesses that add an established feel to the neighborhood. Organic cafes, mainstay bistros, breweries, indie boutiques, and theater add to the urban vibe. Walkable and directly north of Downtown, the Pearl District is lively and trendy. Find out more cool details here.

Because of highly-rated schools, safety, and amenities, Healy Heights is one of Portland’s more expensive suburbs. About 12 minutes south of Downtown, Healy Heights has a quiet, lush green vibe with Marquam Nature Park on the northeast border. Single-family homes, many with gorgeous views, are exclusive, well-maintained, and beautifully landscaped. Here’s more info about Healy Heights.

The bohemian vibe and variety of housing, plus the plethora of restaurants, pubs, re-sale boutiques, and quirky galleries, make historic Hawthorne a sought-after neighborhood. Condos, townhomes, apartments, and single-family homes range from modest to million-dollar residences. Hawthorne is about a ten-minute drive east of Downtown. Find out more details here.

Exclusive and beautiful, Southwest Hills is adjacent to Downtown. The lush leafy neighborhood has a range of single-family homes, from modest two-bedrooms to five-bedroom two-story residences. Plenty of amenities and great schools make Southwest Hills an ideal setting for families, but it also appeals to empty-nesters. Here is more Southwest Hills info.

About a ten-minute drive east of Downtown, Division-Clinton is full of all kinds of ethnic cafes and restaurants, coffee houses, vintage boutiques, record stores, and more. Townhomes, condos, apartments, and single-family homes are available in a wide range of prices. Walkable Division-Clinton is a popular urban neighborhood with young singles, families, and empty-nesters. Learn more details about Division here.

Cost of Moving from Seattle to Portland

On average, it costs about $1500-$2500 to move from Seattle to Portland. Though this might sound expensive, consider that you are hauling your stuff about 175 miles across state lines. The total cost of your move will depend on several variables, including your origin and destination zip codes, the time of year you’re moving, the size of your household, and which services you require. The best way to get an accurate estimate is by scheduling an in-home or virtual (no contact) walkthrough with a licensed and insured interstate mover. Get free moving quotes from the best Seattle to Portland movers now!